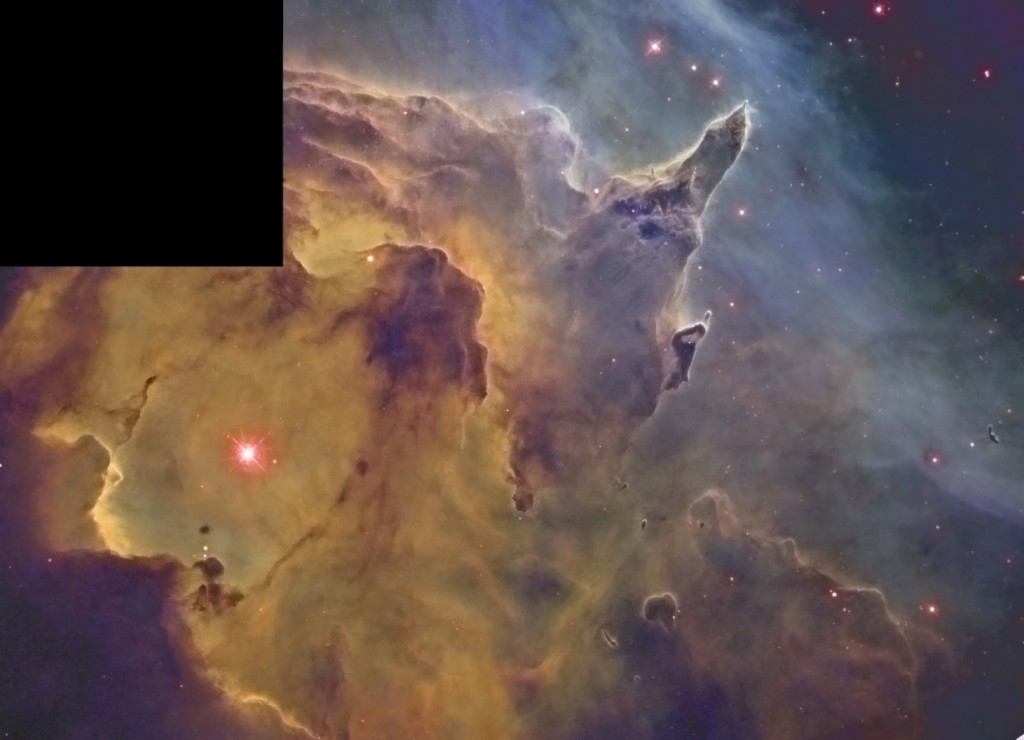 NGC 6357 is a diffuse nebula near NGC 6334 in the constellation Scorpius. This nebula was given the name War and Peace Nebula by the Midcourse Space Experiment scientists because of its appearance. They said that in infrared images the bright, western part resembles a dove, while the eastern part looks like a skull. The nebula contains many proto-stars shielded by dark disks of gas, and young stars wrapped in expanding “cocoons”.