The comet had its perihelion on 1 October 2012, and was expected to reach about apparent magnitude 15.2.

It showed that it was much brighter, reaching a magnitude between 9 and 10.

On 7th October at 23 UTC I imaged this comet… 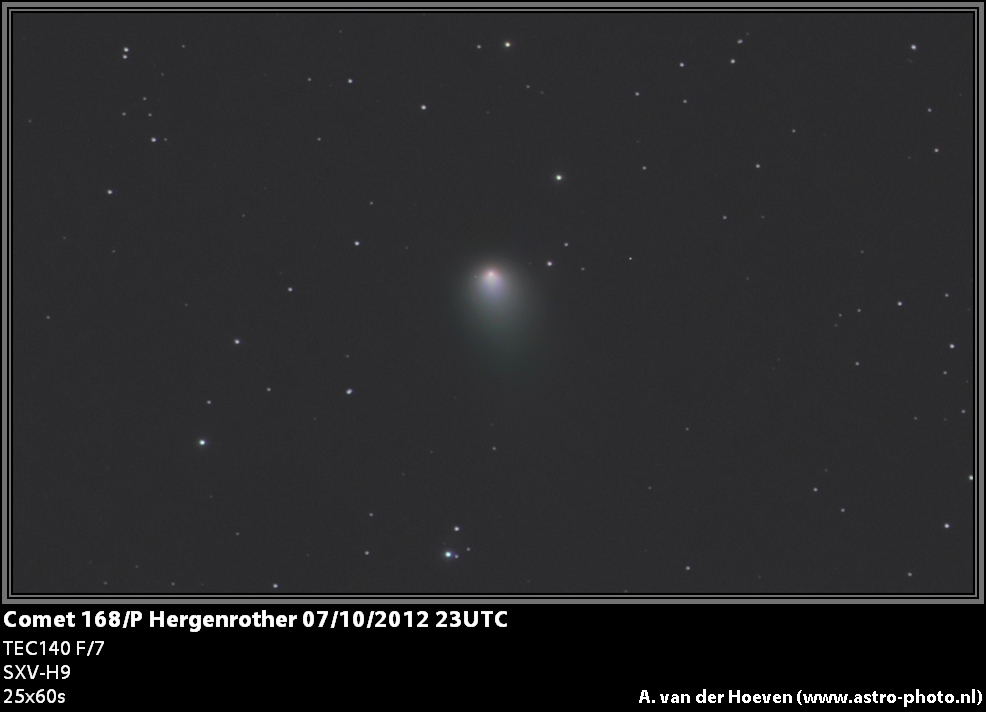