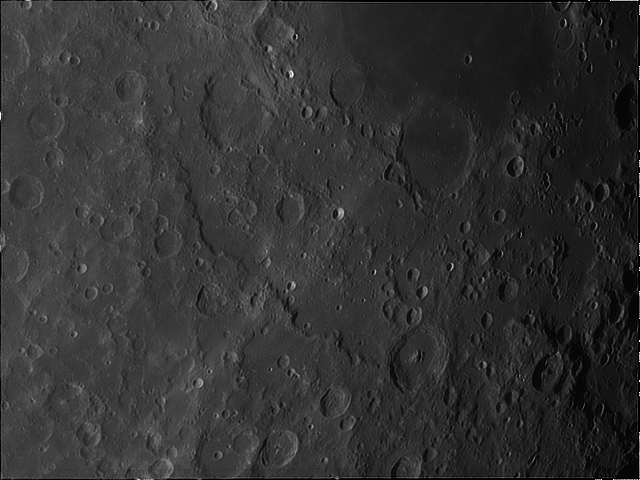 The Sea of Nectar (Mare Nectaris) is a small lunar mare or sea (a volcanic lava plain noticeably darker than the rest of the Moon’s surface) located between the Sea of Tranquillity (Mare Tranquillatis) and the Sea of Fecundity (Mare Fecunditatis). Montes Pyrenaeus borders the mare to the west and the large crater near the south center of the mare is known as Rosse. It is 101,000 square kilometers in size and constitutes a gulf of the Sea of Tranquility.

The mare material is approximately 1000m in depth, and mainly of the Nectarian period and the Lower Imbrian epoch, with the mare material of the Upper Imbrian epoch. The crater Theophilus on the northeastern side of the mare is of the Eratosthenian period. Thus, the crater is younger than the mare to its southeast. Enough subsidence has occurred to open a few arcuate grabens on the western margin of the mare.