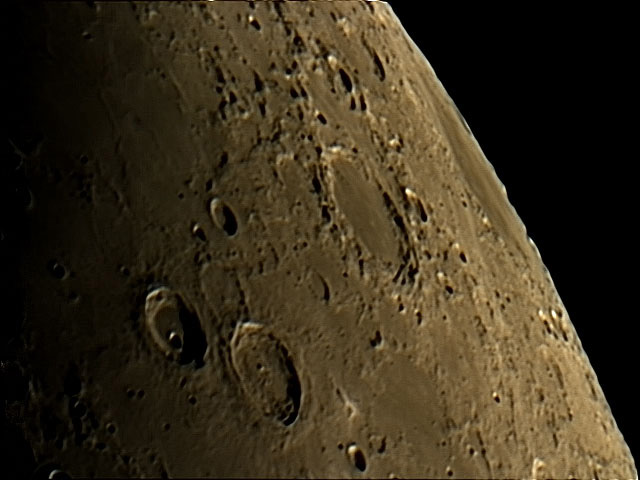 Hercules is a prominent crater located in the northwest part of the Moon, to the east of the crater Atlas. It lies along the east edge of a southward extension in the Mare Frigoris. To the west across the mare is Bürg. To the south is the ruined crater Williams.

The interior walls of Hercules have multiple terraces, and there is a small outer rampart. The crater floor has been flooded by lava in the past, and contains several areas of low albedo. The central peak has been buried, leaving only a low hill near the mid-point. The satellite crater Hercules G is located prominently just to the south of the center. The small crater Hercules E lies along the southern rim of Hercules.