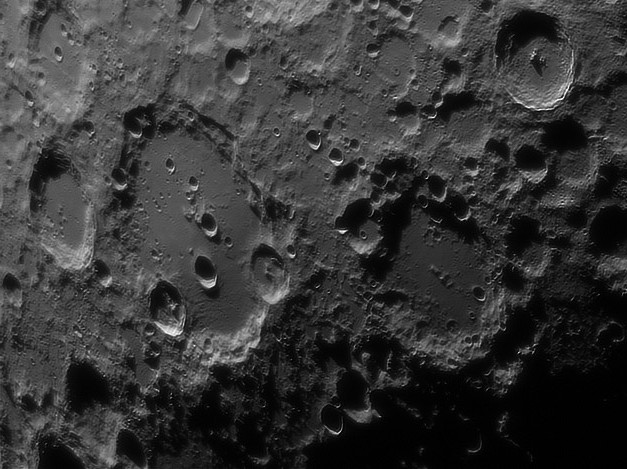 Due to the location of the crater toward the southern limb, the crater appears oblong due to foreshortening. Because of its great size, Clavius can be detected with the unaided eye. It appears as a prominent notch in the terminator about 1-2 days after the Moon reaches first quarter. The crater is one of the older formations on the lunar surface and was likely formed during the Nectarian period about 4 billion years ago. Despite its age, however, the crater is relatively well-preserved. It has a relatively low outer wall in comparison to their size, and it is heavily worn and pock-marked by craterlets. The rim does not significantly overlook the surrounding terrain, making this a “walled depression”. The inner surface of the rim is hilly, notched, and varies in width, with the steepest portion in the south end. Overall the rim has been observed to have a somewhat polygonal outline.