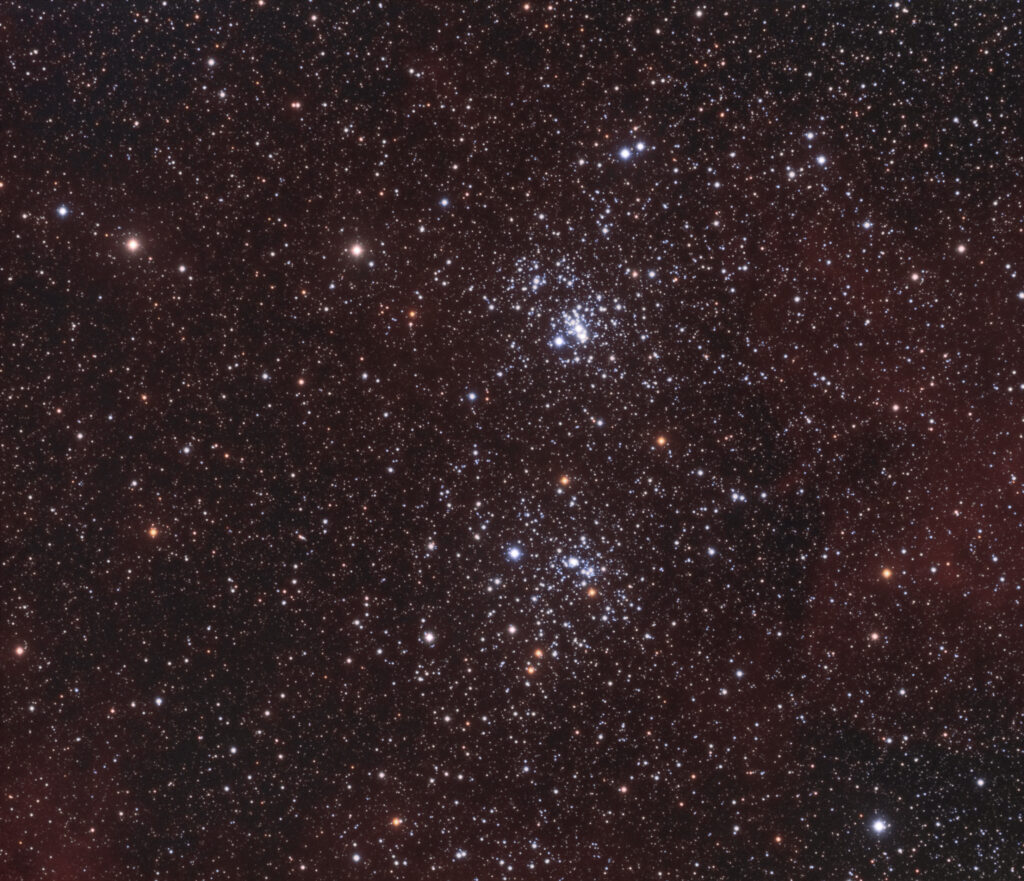 This image shows the Double Cluster in the constellation of Perseus. The Double Cluster (also known as Caldwell 14) is the common name for the naked-eye open clusters NGC 869 and NGC 884 (often designated h Persei and χ Persei, respectively), which are close together in the constellation Perseus. NGC 869 and NGC 884 both lie at a distance of 7500 light years. NGC 869 has a mass of 3700 solar masses and NGC 884 weighs in at 2800 solar masses; however, later research has shown both clusters are surrounded with a very extensive halo of stars, with a total mass for the complex of at least 20,000 solar masses.

I started this image using my TMB92SS telescope with a QSI583, resulting in a LRGB image of this region.

When looking on the internet I found a wonderful image of Fabian Neyer of this region in H-alpha (http://www.starpointing.com/ccd/ngc869_ngc884.html).

After some mail contact with Fabian I decided to combine his H-alpha layer with my image to bring out this region in a way that is not very often shown. Huge clouds of hydrogen surround the clusters and show the complex interactions going on in this region.

The image consists of the following exposures: