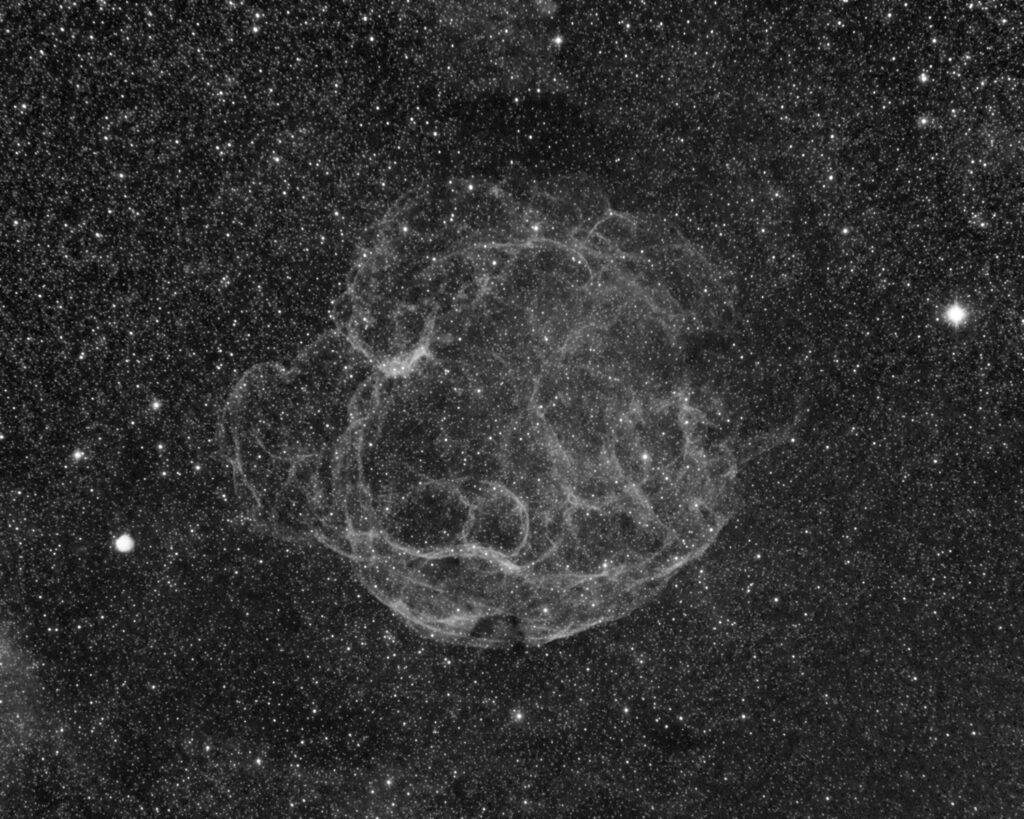 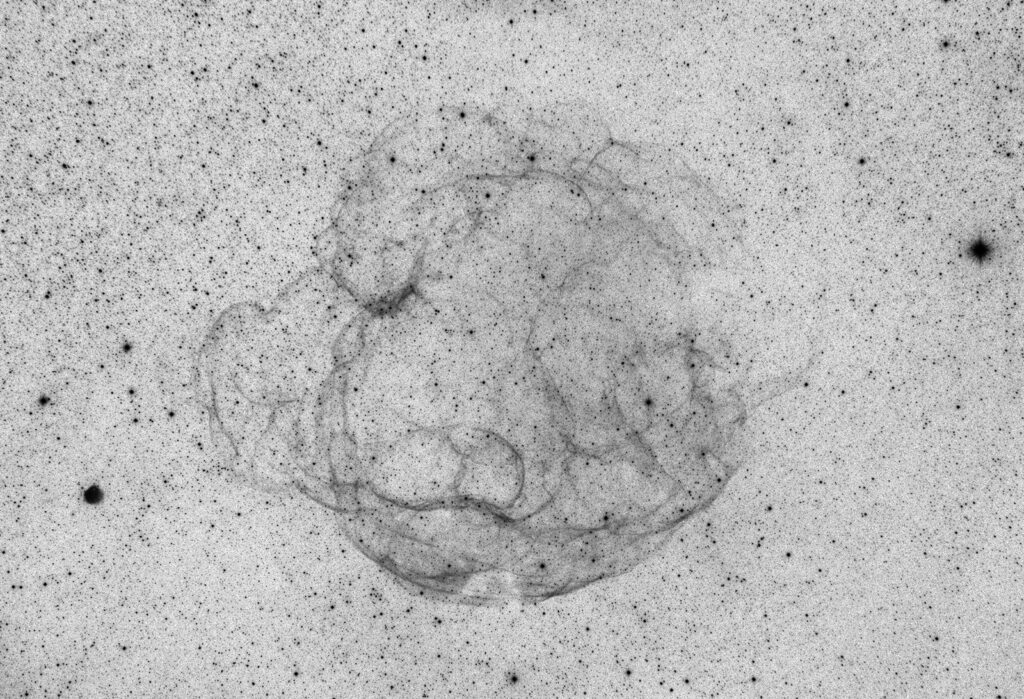 Simeis-147, also known as SH2-240, is a supernova remnant between the constellations of Auriga and Taurus. It is also known as the Spaghetti nebula because of its filamentary structure.

It is a not very often imaged object because of several reasons that make it an extremely difficult object for imaging: