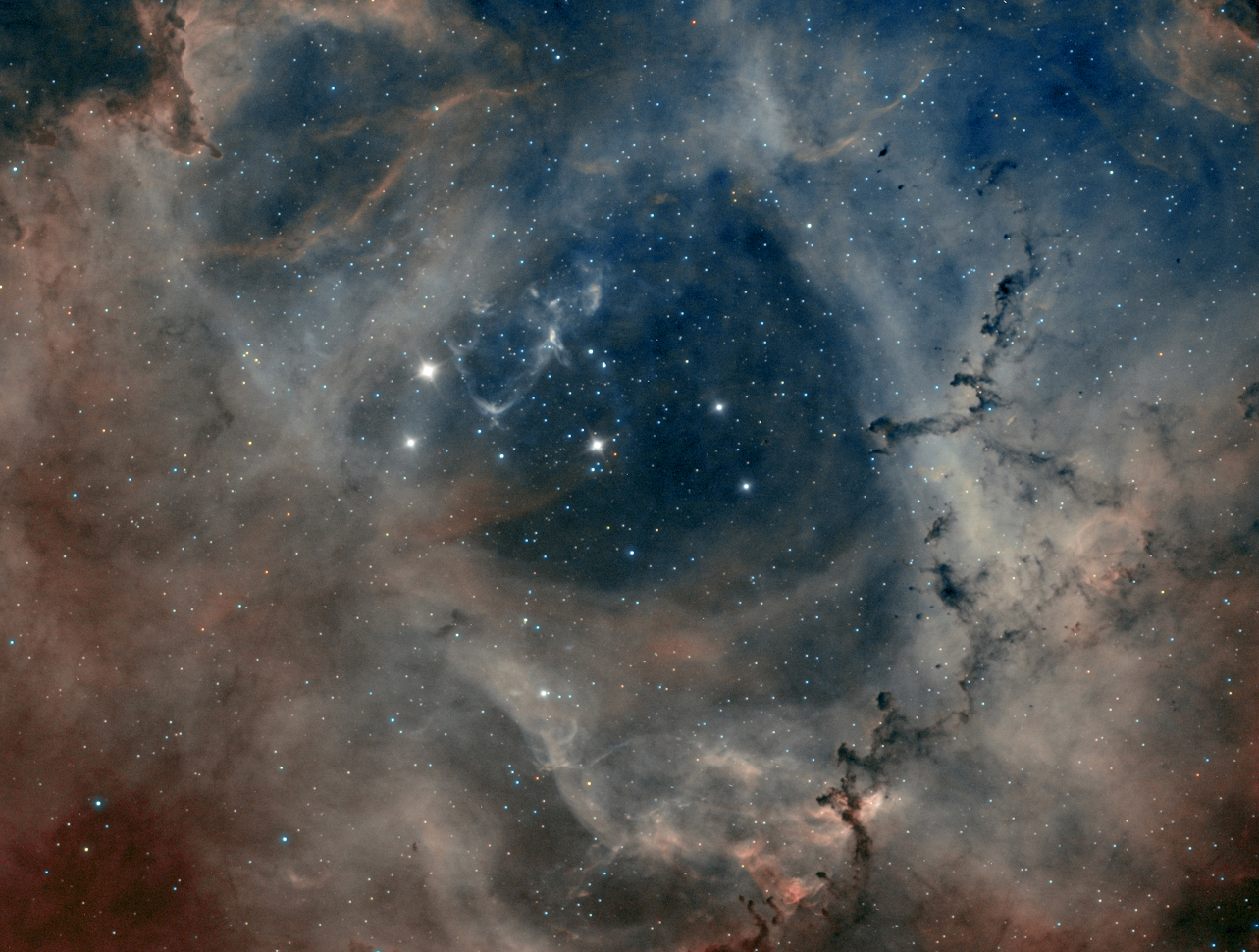 The Rosette Nebula (also known as Caldwell 49) is a large, circular H II region located near one end of a giant molecular cloud in the Monoceros region of the Milky Way Galaxy. The open cluster NGC 2244 (Caldwell 50) is closely associated with the nebulosity, the stars of the cluster having been formed from the nebula’s matter.

The cluster and nebula lie at a distance of some 5,200 light-years from Earth (although estimates of the distance vary considerably, down to 4,900 light-years.) and measure roughly 130 light years in diameter. The radiation from the young stars excite the atoms in the nebula, causing them to emit radiation themselves producing the emission nebula we see. The mass of the nebula is estimated to be around 10,000 solar masses.

It is believed that stellar winds from a group of O and B stars are exerting pressure on interstellar clouds to cause compression, followed by star formation in the nebula. This star formation is currently still ongoing.