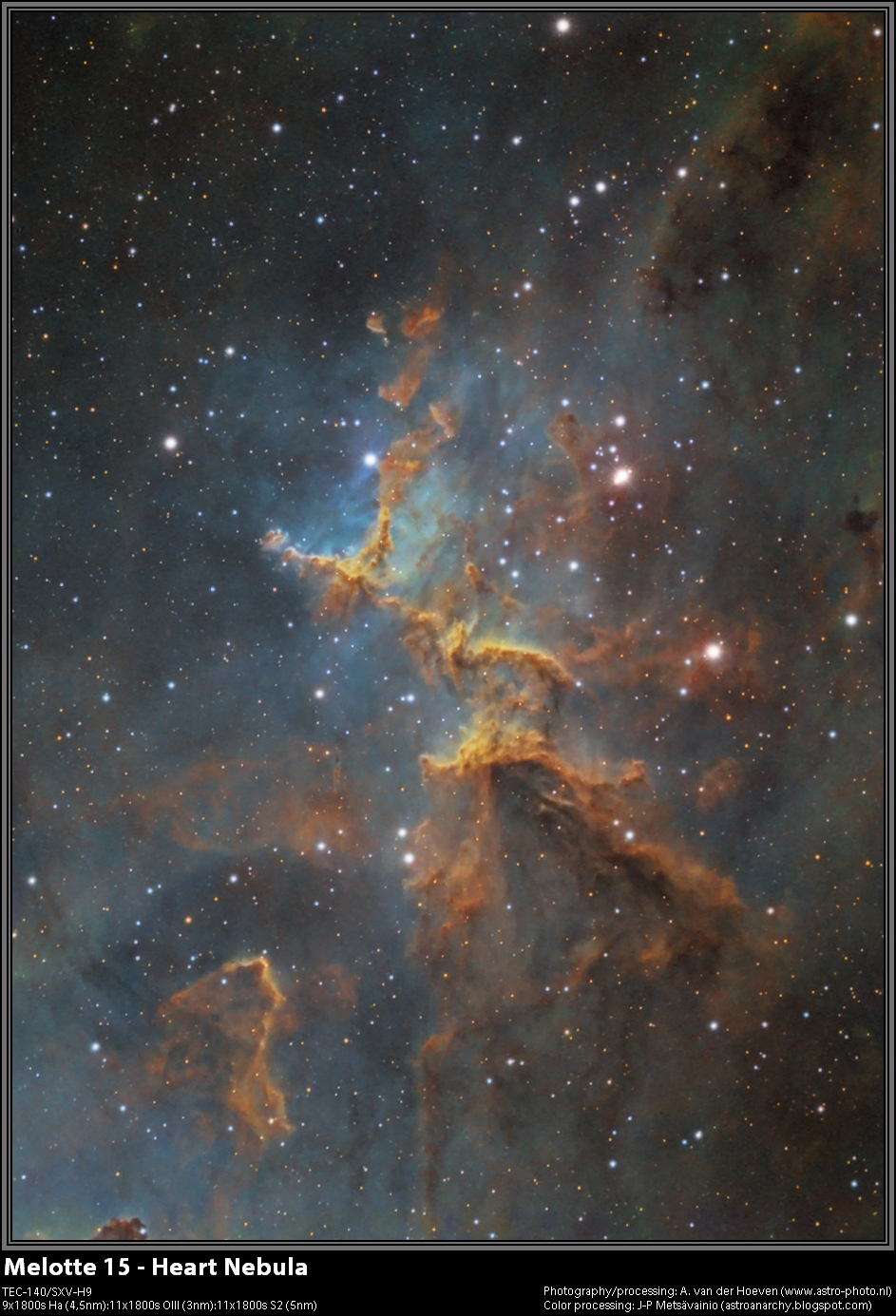 Since the weather hasn’t been very good for astrophotography the last 1,5 months I have been working on older data to see what I can get out of it. In October/November 2012 I imaged Melotte 15 in the Heart nebula, which is one of my favorite objects.

When browsing through the internet I found a great set of images made by J-P Metsävainio in Finland. He is well known for his tone mapping processing technique which gives great results in narrowband imagery. I got in touch with J-P and we decided to exchange some data from the Melotte 15 cluster and process each others data. He processed my data using the tone mapping technique and this data was combined with my luminance data to give the result shown in this post. I think this is a nice improvement compared to my earlier version.