M78 from raw until LRGB…

Recently I have been working on images of M78. I thought it was nice to show the process that is involved to show what I started with and how it ended. This way you can see how the first raw images look like. You would never expect something like this coming out of this…

My image location is heavily light-polluted and therefor many images are necessary.

This shows a first raw image without any corrections, only stretched with automatic ddp: 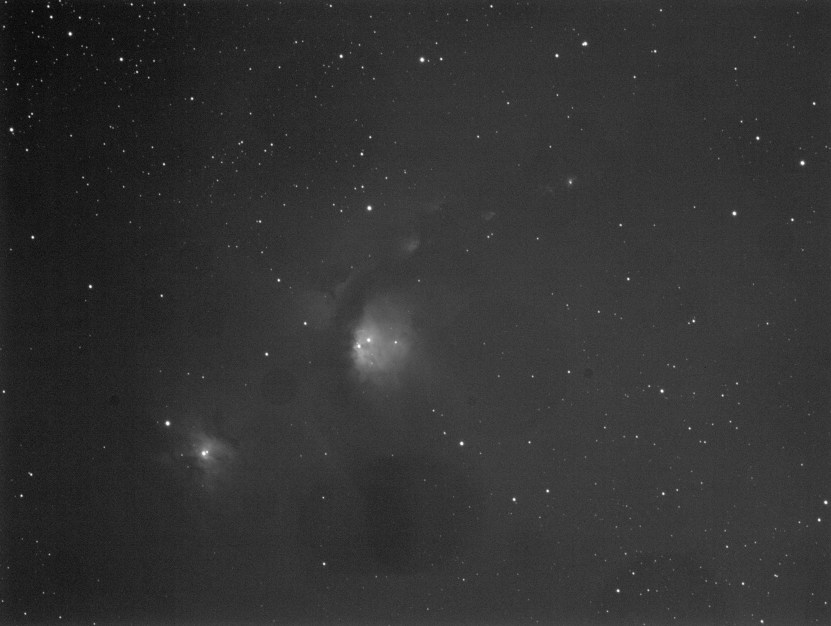 This makes you quite depressed when imaging. How can this ever become a nice image? After correcting this image with bias-frames, a bad pixel map and flats it shows the following result for a single image: This already looks much better, but still a lot more detail is necessary. Therefor we start stacking images. By averaging 70 images the following image comes out: This image still has a heavy gradient, so an automatic background extraction is performed in pixinsight: 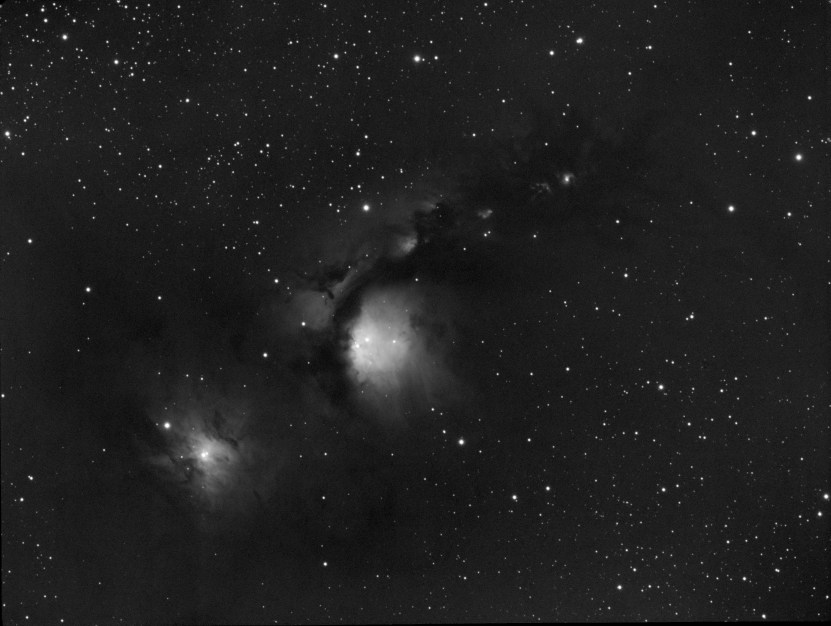 This is the starting point for further image processing. Some stretching, contrast enhancements en denoising are performed to generate the luminance image: After this I got some very nice color imagery of M78 from Maximo Ruiz which I could us a color layer for the LRGB. I combined his image with data from ESO of M78 and blurred this image to reduce color noise: 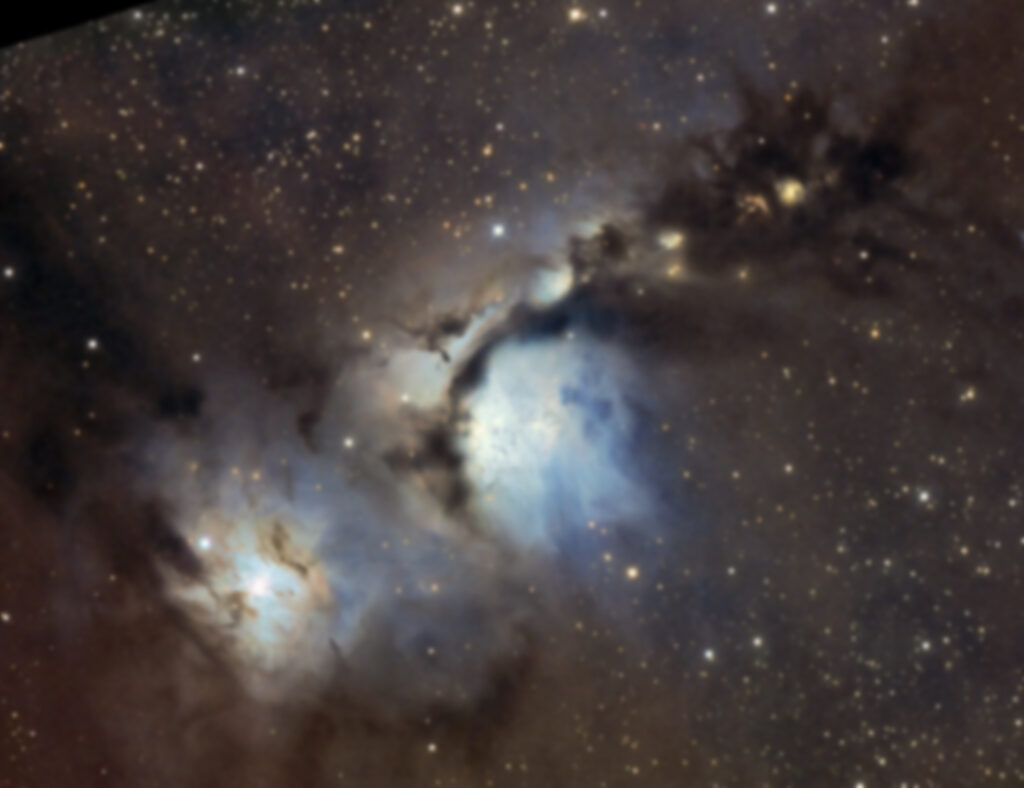 In the end this image was used as color layer on my luminance resulting in this ‘final’ image of M78: 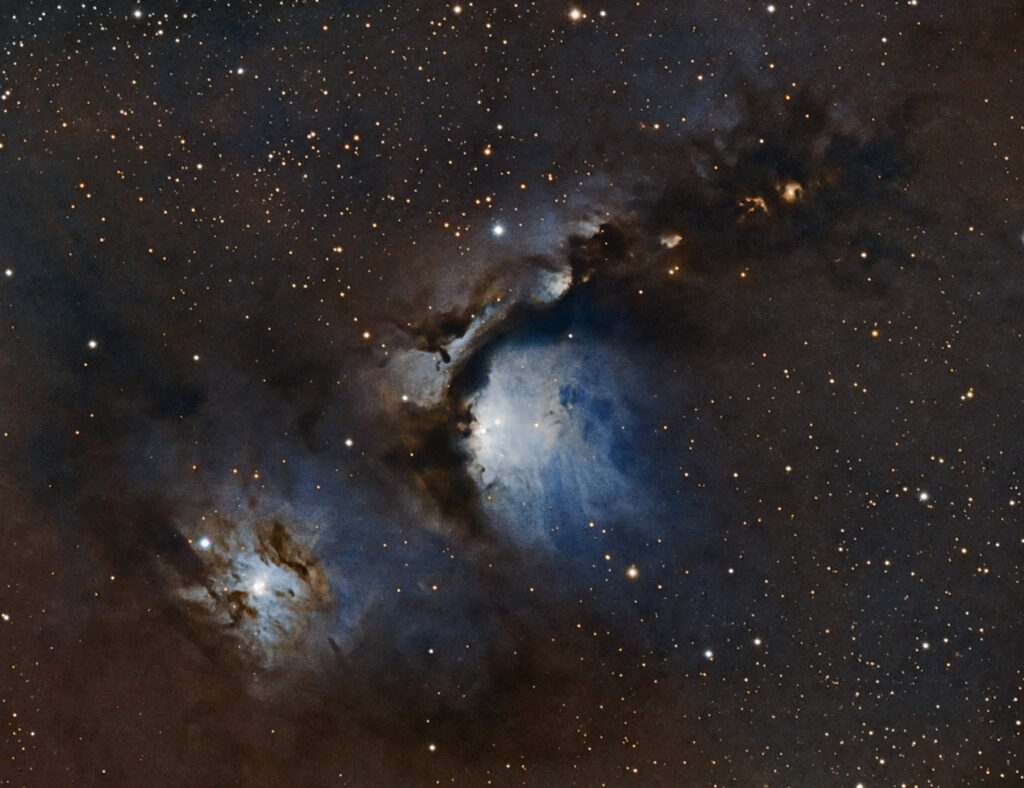 I hope this gave a little insight into a lrgb image is generated from the data.