M57, the most detailed image ever taken (Hubble Space Telescope)

This image shows the most detailed image taken of M57, until present day. The famously named “Ring Nebula” (also catalogued as Messier 57, M57 or NGC 6720) appears in the northern constellation of Lyra and is located in the Carina–Sagittarius Arm. It is one of the most prominent examples of a planetary nebula, the gaseous remains of red giant star that has ended its life by expelling its material into the surrounding interstellar medium.

This image was taken in September 2011 by the Hubble Space Telescope with the WFC-3 instrument. For the image the following filters were used:

I processed this image using Photoshop 4 and Fits liberator for the file conversion. 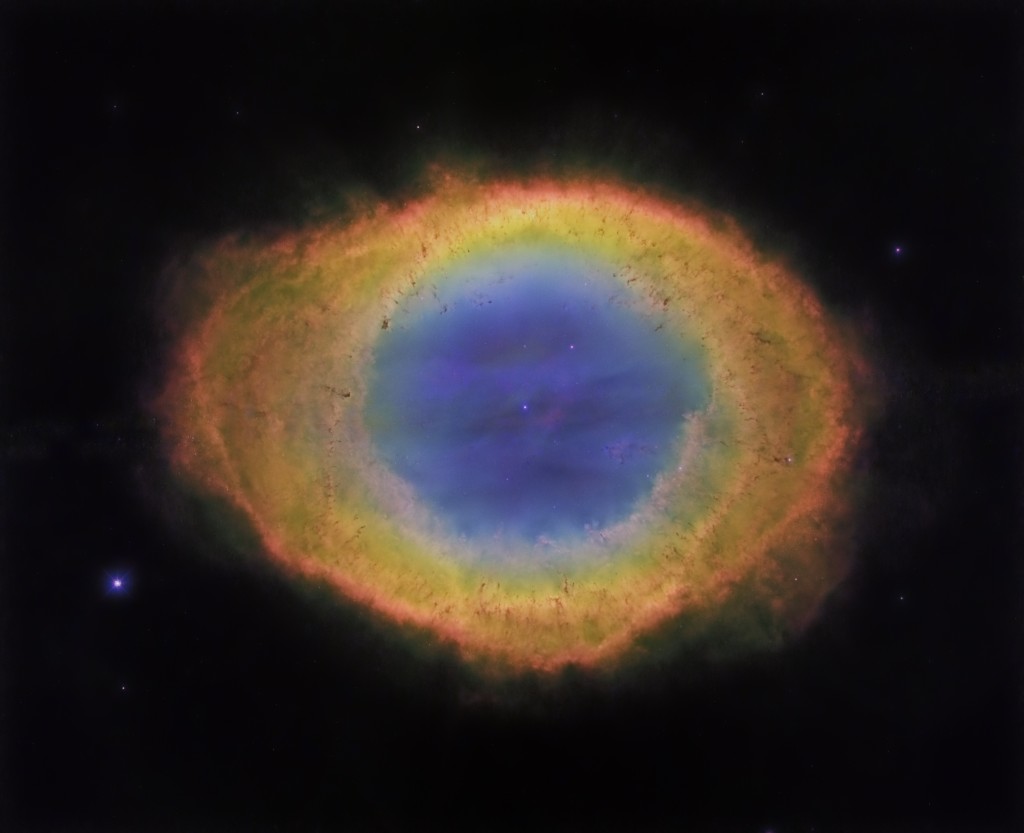 This image is much more detailed than the original image released in 1998 by the Hubble team which was taken in that time with the WFC-2 instrument. A comparison is shown below:

One of the astonishing details seems to be the motion of the star on the right hand side of the nebula in the past 15 years, which is clearly visible in this animation:

This image clearly shows it’s the star moving and not the nebula expanding:

And some more years of Hubble data: