In 1995 the Hubble Space telescope wrote history by recording he image of the Pillars of Creation in the Eagle Nebula which  is one of the most famous images ever made by Hubble. By then it was not known what disaster is waiting for the pillars to happen to them. An image taken by NASA’s Spitzer telescope tells an untold story of life and death in the Eagle nebula, an industrious star-making factory located 7000 light years away in the Serpens constellation. The image shows a cloud of hotter dust thought to have been warmed by the explosion of a massive star about 8,000 to 9,000 years ago. Since light from the Eagle nebula takes 7,000 years to reach us, this supernova explosion would have appeared as an oddly bright star in our skies about 1,000 to 2,000 years ago. According to astronomers estimations, the explosion’s blast wave would have spread outward and toppled the three pillars about 6000 years ago (which means we wouldn’t witness the destruction for another 1000 years or so). The blast wave would have crumbled the mighty towers, exposing newborn stars that were buried inside, and triggering the birth of new ones. 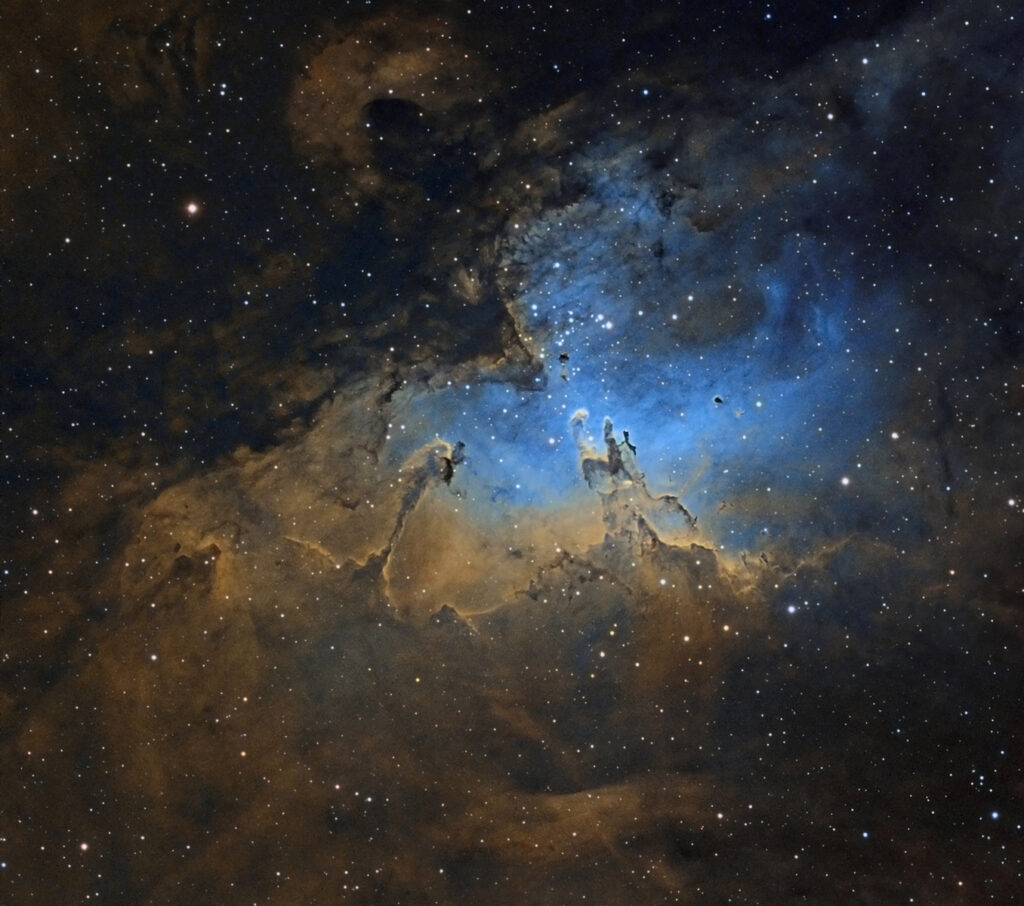 The pillars of the Eagle nebula were originally sculpted by radiation and wind from about 20 or so massive stars hidden from view in the upper left portion of the image. The radiation and wind blew dust away, carving out a hollow cavity (center) and leaving only the densest nuggets of dust and gas (tops of pillars) flanked by columns of lighter dust that lie in shadow (base of pillars). This sculpting process led to the creation of a second generation of stars inside the pillars. The blast wave might have already caused a third generation of stars to spring from the wreckage of the busted pillars that will be visible to us in the future to come.