This image was made last week on holiday in the Eifel in Germany. Under a Bortle 3-4 sky I wanted to try to catch some nice dark nebulae. Unfortunately it looked like the weather was not really cooperating with thunderstorms in the evening and clear skies during the day.

Luckily on August 13 the clouds cleared and I was able to shoot 2,5 hours of data using my setup consisting of a Nikon D810a with a WO Spacecat 51 (f/4.9) telescope. Guiding was done with an ASI174mm on top of the spacecat using a WO guide scope on a Skywatcher NEQ6 mount. Everything was steered by an Asiair mini-pc.

I decided to make 300s images at ISO800 and succeeded in catching 29 images before clouds came in again.

On August 18th I was packing to get home the next day and had already packed the mount when late in the afternoon the clouds started clearing again. I decided to unpack everything and put it up again just in the hopes to catch some extra data. Luckily it stayed clear and I was able to image from 23.00 in the evening until about 4.30 in the morning. Altogether I could catch 55 images of 300s totalling with the previous data to 7 hours of data. I also took darks, darkflats and flat frames using a led panel.

Already on a single image the dark nebulae were visible and after stacking they became very clear. I processed the data using Astropixelprocessor, pixinsight and photoshop and was happy to see so much detail in these image. Definitely this gives inspiration for the next holidays 🙂 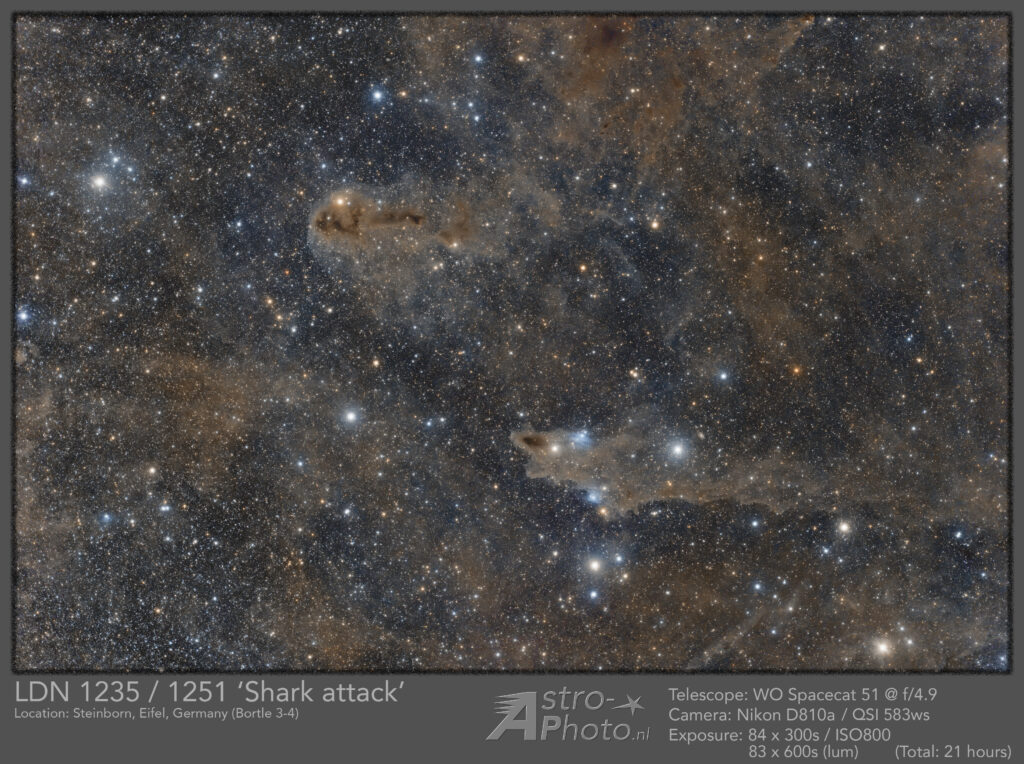