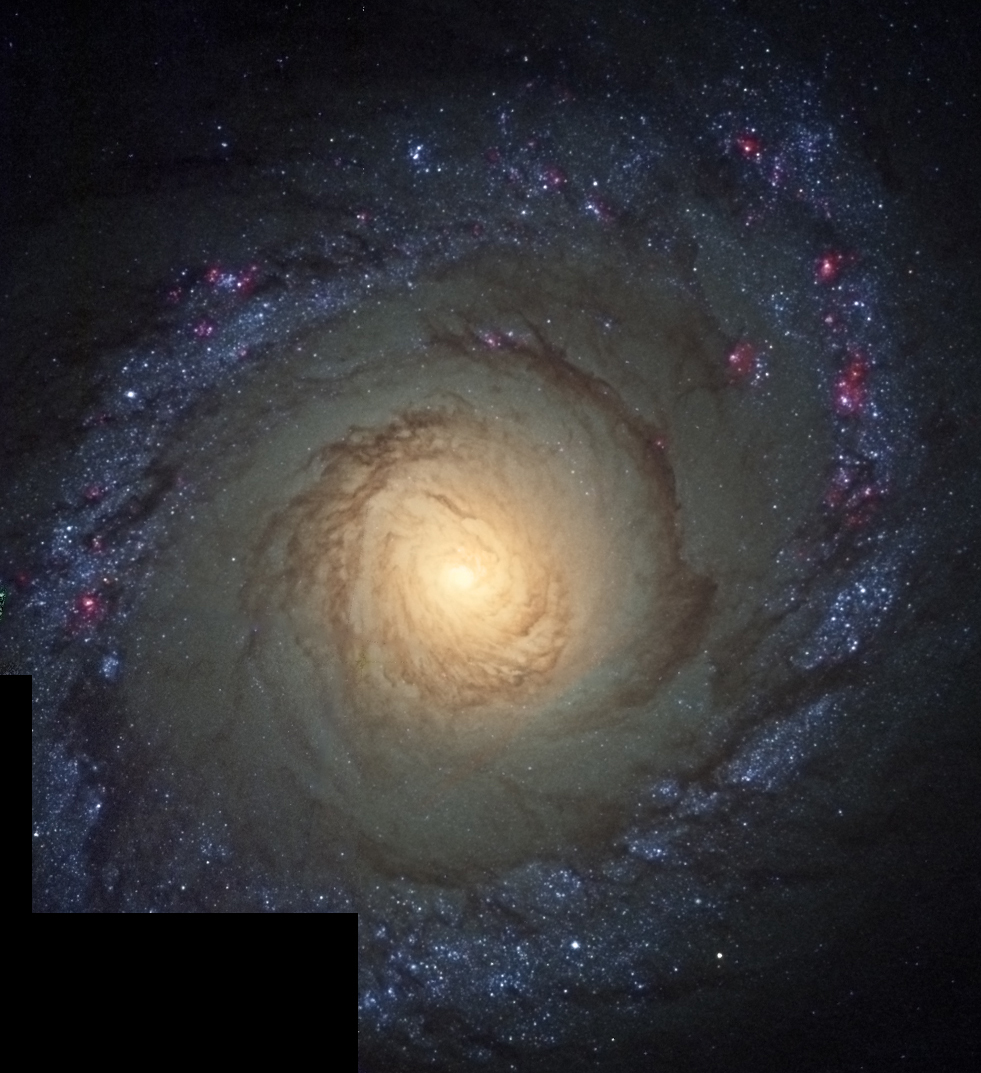 Messier 94 (also known as NGC 4736) is a spiral galaxy in the constellation Canes Venatici. It was discovered by Pierre Méchain in 1781, and catalogued by Charles Messier two days later. Although some references describe M94 as a barred spiral galaxy, the “bar” structure appears to be more oval-shaped. The galaxy is also notable in that it has two ring structures.