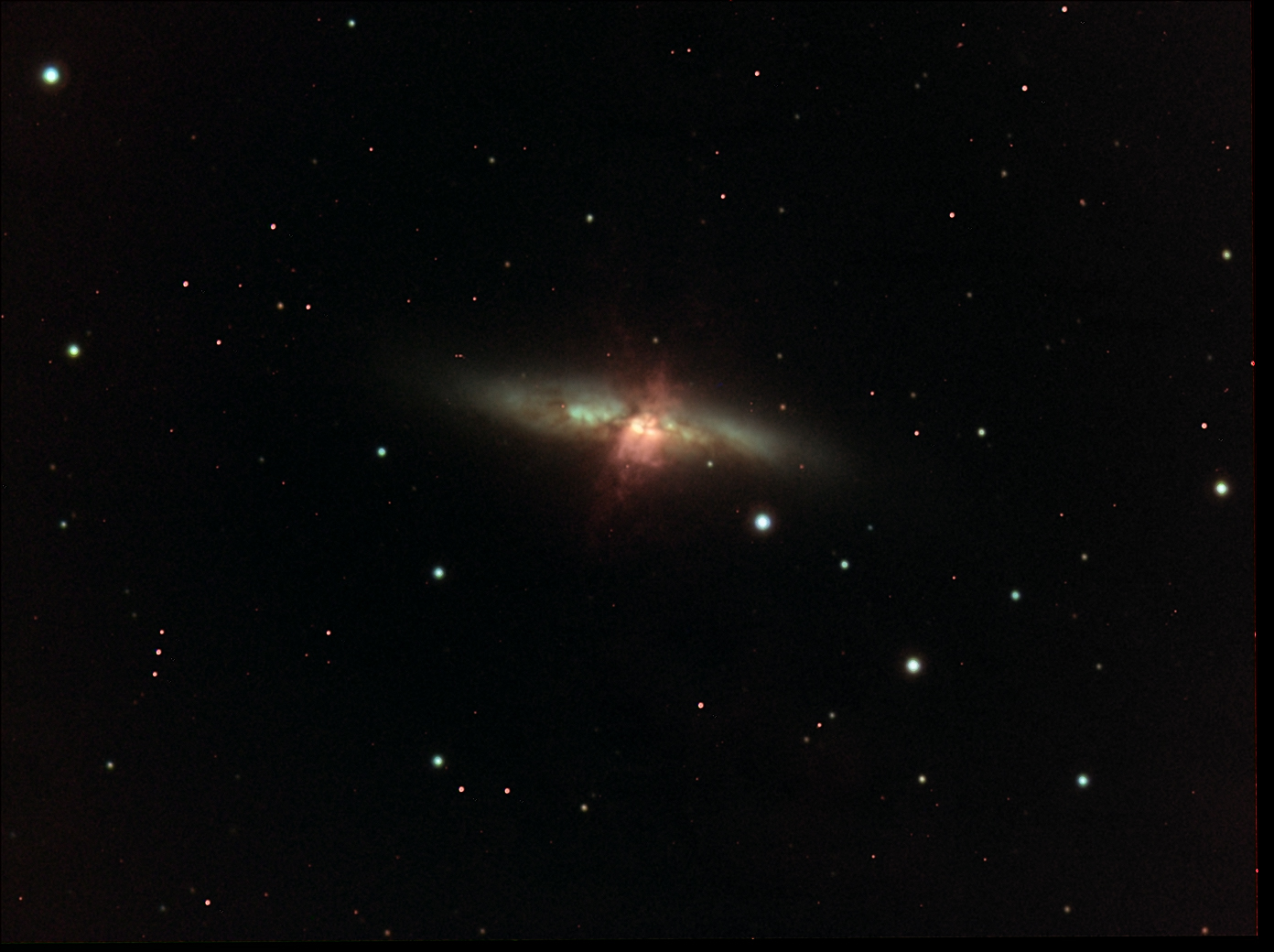 In 2005, the Hubble Space Telescope revealed 197 young massive clusters in the starburst core. The average mass of these clusters is around 2×105 M⊙, hence the starburst core is a very energetic and high-density environment. Throughout the galaxy’s center, young stars are being born 10 times faster than they are inside our entire Milky Way Galaxy.