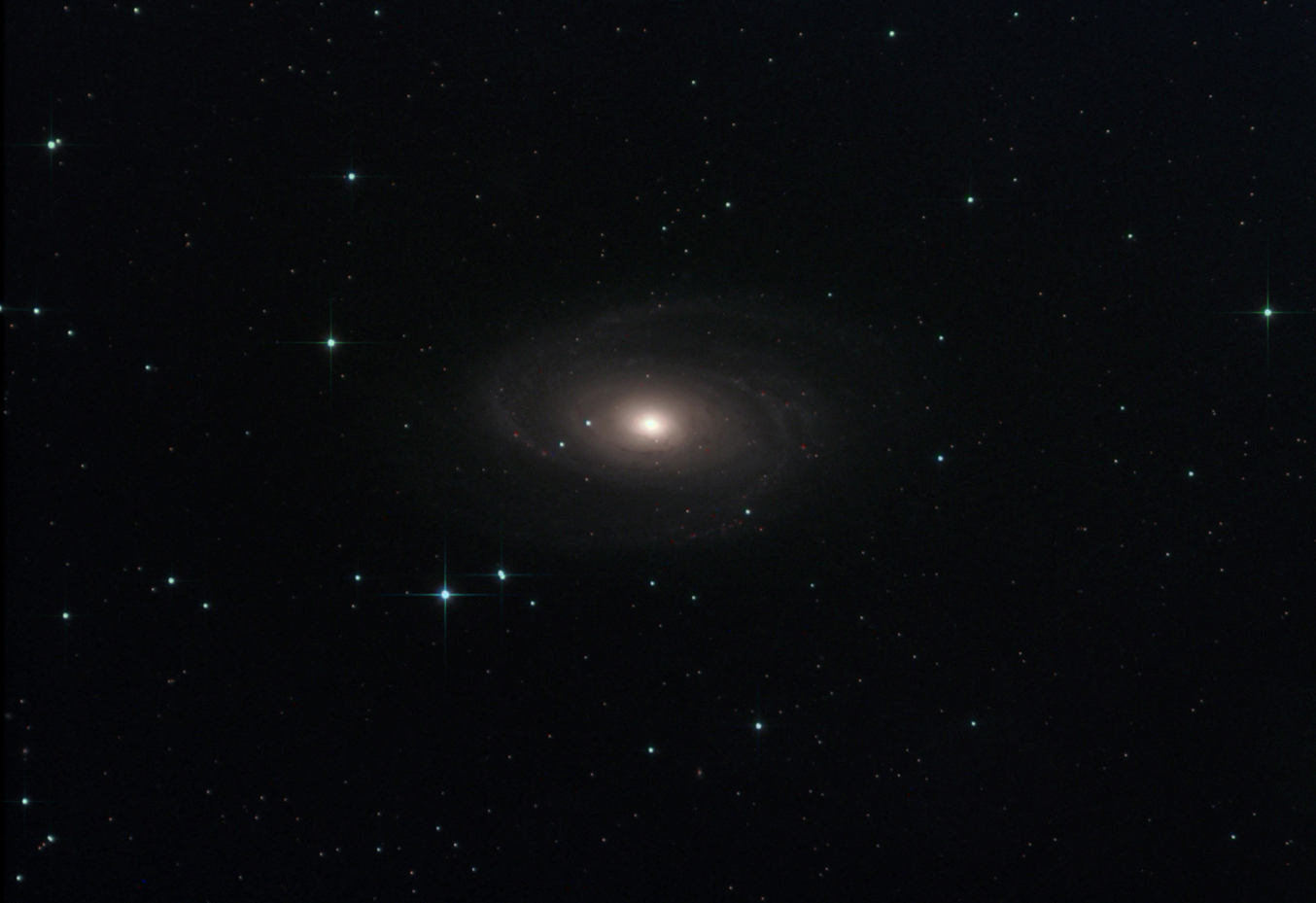 Messier 81 (also known as NGC 3031 or Bode’s Galaxy) is a spiral galaxy about 12 million light-years away in the constellation Ursa Major. Due to its proximity to Earth, large size and active galactic nucleus (which harbors a 70 million M☉ supermassive black hole), Messier 81 has been studied extensively by professional astronomers. The galaxy’s large size and relatively high brightness also make it a popular target for amateur astronomers.
Date: 29-03-2011
Skywatcher ED80
Camera: SXV-H9
Exposure
8×10 L
3×5 RGB (2×2)
3×10 Ha (2×2)