This image shows a combination of visible light imagery of the Hubble Space telescope and infrared data from the Spitzer space telescope of M51, aka the Whirlpool galaxy. 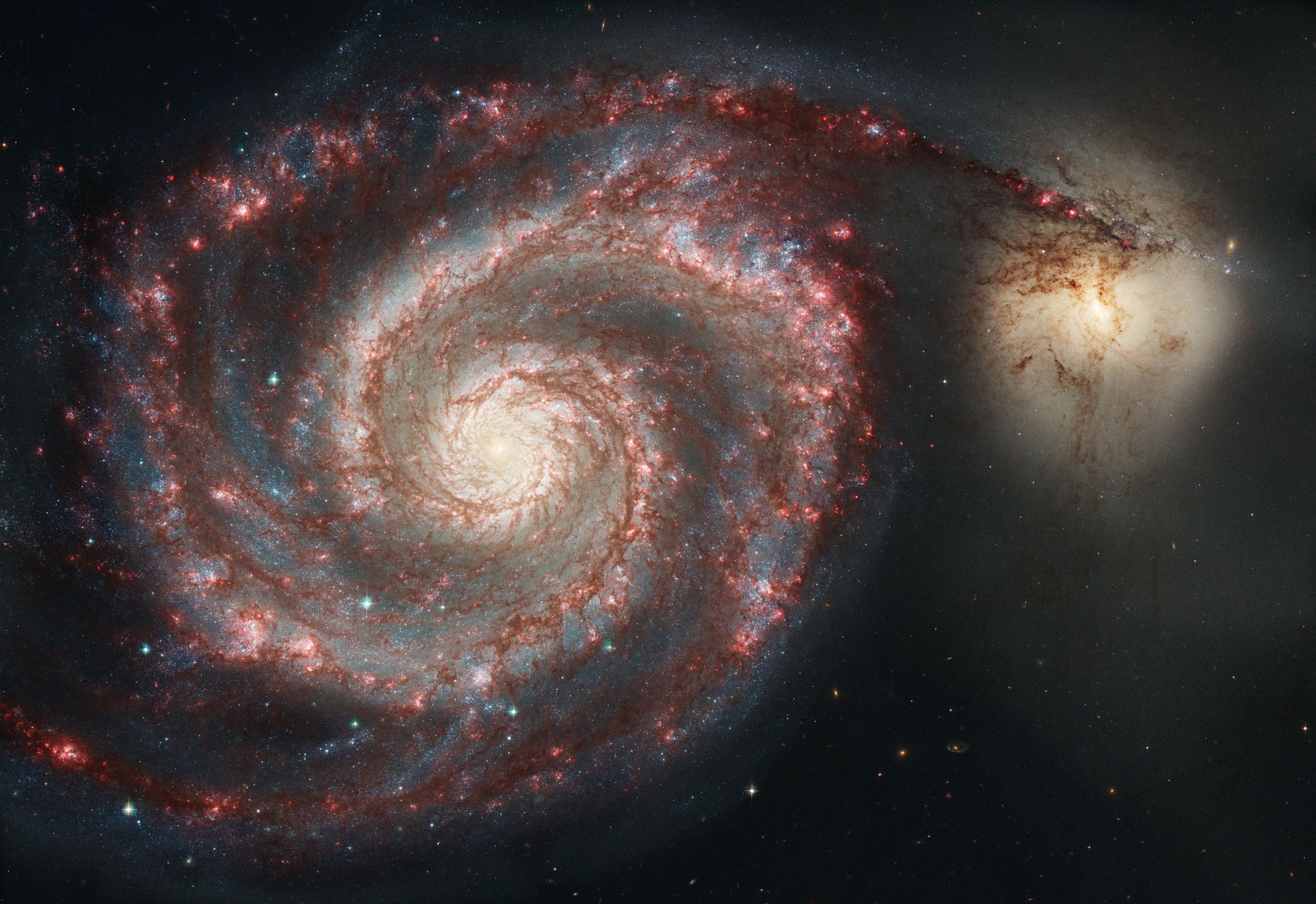 NASA/JPL-Caltech/R. Kennicutt (Univ. of Arizona)/DSS
Based on observations made with the NASA/ESA Hubble Space Telescope, and obtained from the Hubble Legacy Archive, which is a collaboration between the Space Telescope Science Institute (STScI/NASA), the Space Telescope European Coordinating Facility (ST-ECF/ESA) and the Canadian Astronomy Data Centre (CADC/NRC/CSA).