Recently I have teamed up with Michael van Doorn to make some imagery of M33. Michael uses a Celestron C11 with Hyperstar at f/2. This setup has a focal length of about 560mm and so does give a wide field with a high sensitivity.

We decided to combine the RGB and Ha from the Hyperstar with the resolution and detail of the TEC140 that I use.

The Triangulum Galaxy is a spiral galaxy approximately 3 million light years (ly) from Earth in the constellation Triangulum. It is catalogued as Messier 33 or NGC 598, and is sometimes informally referred to as the Pinwheel Galaxy, a nickname it shares with Messier 101. The Triangulum Galaxy is the third-largest member of the Local Group of galaxies, which includes the Milky Way, the Andromeda Galaxy and about 30 other smaller galaxies. It is one of the most distant permanent objects that can be viewed with the naked eye.

In the end we had the following exposures: 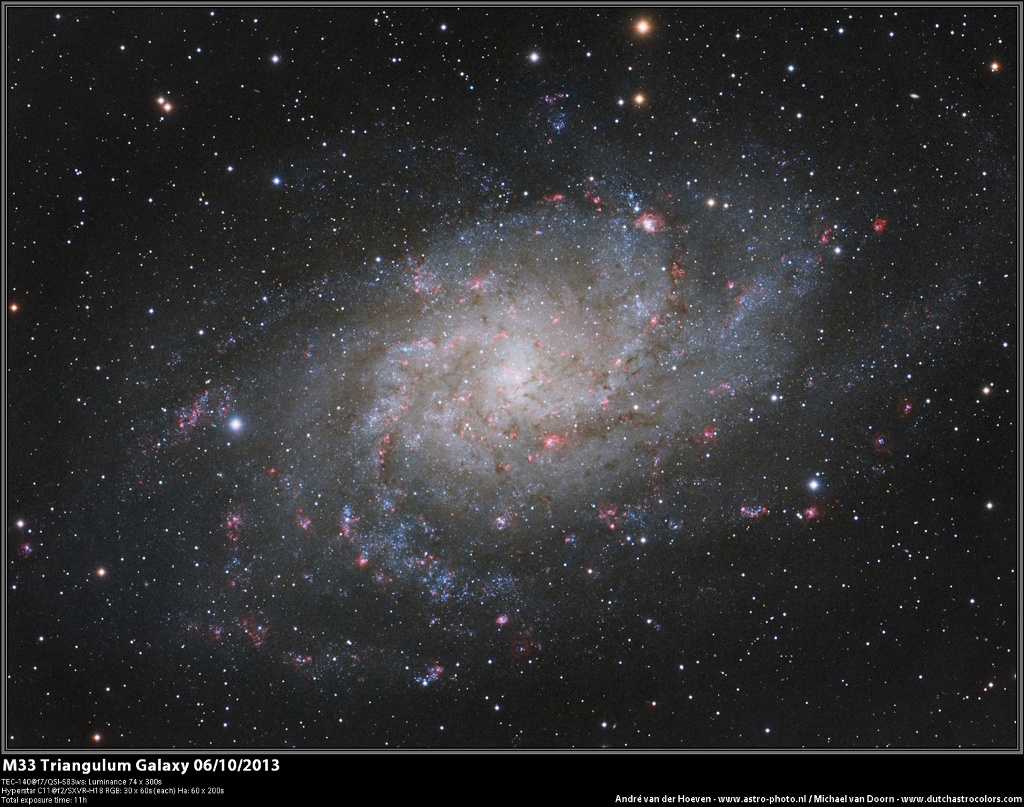 And a widefield combination, where the Hyperstar data was used for the widefield view and the TEC data for the galaxy…