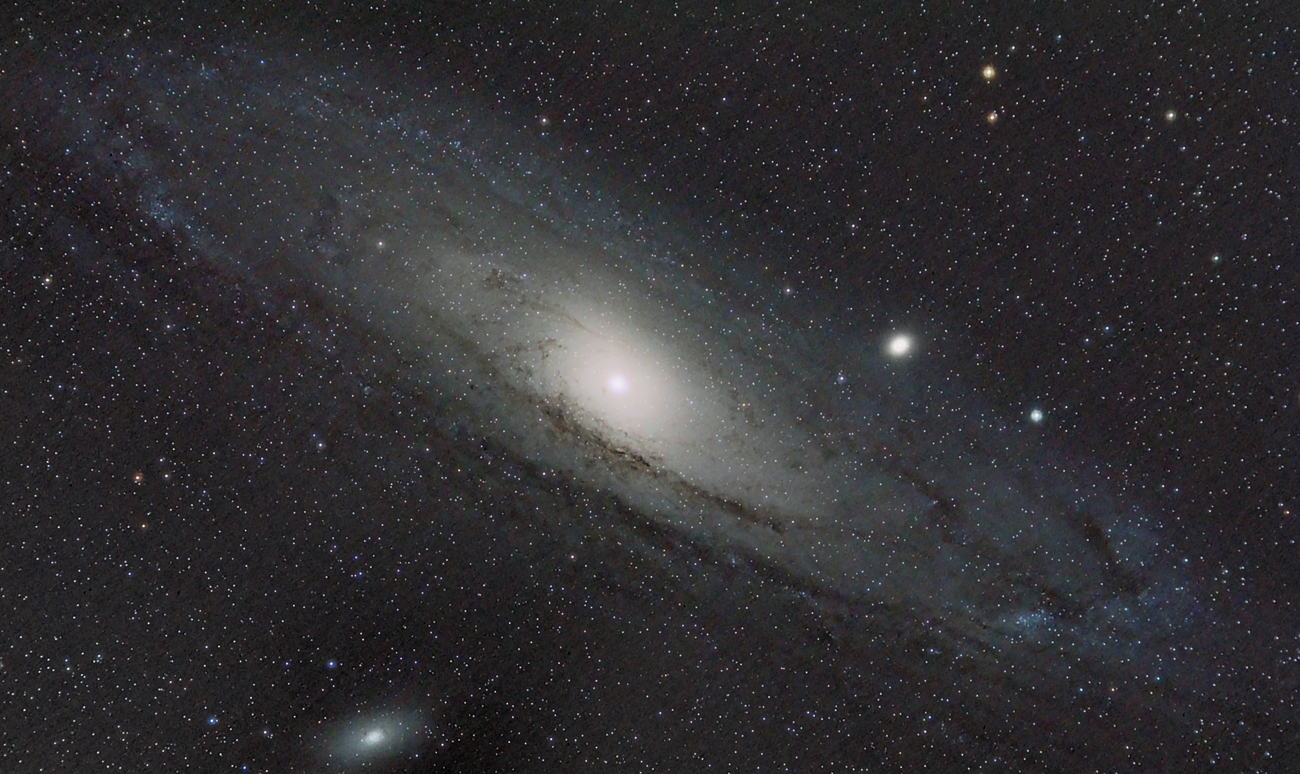 The Andromeda Galaxy is a spiral galaxy approximately 2.5 million light-years from Earth in the constellation Andromeda. It is also known as Messier 31, M31, or NGC 224, and is often referred to as the Great Andromeda Nebula in older texts. Andromeda is the nearest spiral galaxy to the Milky Way, but not the closest galaxy overall. It gets its name from the area of the sky in which it appears, the Andromeda constellation, which was named after the mythological princess Andromeda. Andromeda is the largest galaxy of the Local Group, which consists of the Andromeda Galaxy, the Milky Way, the Triangulum Galaxy, and about 30 other smaller galaxies. Although the largest, Andromeda may not be the most massive, as recent findings suggest that the Milky Way contains more dark matter and may be the most massive in the grouping. The 2006 observations by the Spitzer Space Telescope revealed that M31 contains one trillion stars,: at least twice more than the number of stars in our own galaxy, which is estimated to be c. 200–400 billion.

At an apparent magnitude of 3.4, the Andromeda Galaxy is notable for being one of the brightest Messier objects, making it visible to the naked eye on moonless nights even when viewed from areas with moderate light pollution. Although it appears more than six times as wide as the full Moon when photographed through a larger telescope, only the brighter central region is visible to the naked eye or when viewed using a binoculars or a small telescope.