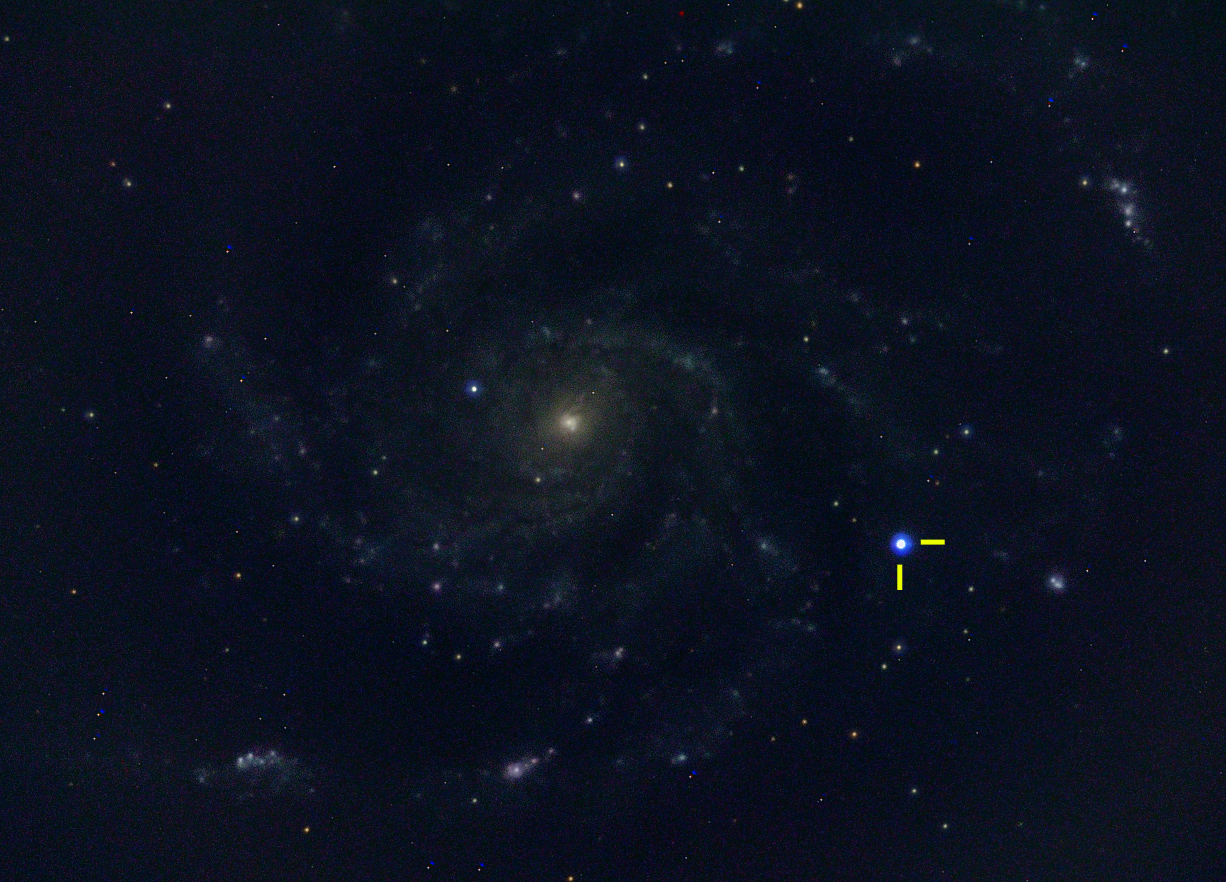 SN 2011fe, initially designated PTF 11kly, is a star which perished in a Type Ia supernova event that is currently visible from Earth. The star was discovered by the Palomar Transient Factory (PTF) survey on 24 August 2011 during an automated review of images of the Messier 101 from the nights of 22 and 23 August 2011. The star, formerly a white dwarf, is located in Messier 101, the Pinwheel Galaxy, 21 million light years from Earth. It was observed by the PTF survey very near the beginning of its supernova event, when it was approximately 1 million times too dim to be visible to the naked eye. It is the youngest type Ia ever discovered. About 13 September 2011, it reached its maximum brightness of apparent magnitude +9.9 which equals an absolute magnitude of about -19, equal to 2.5 billion Suns. At +10 apparent magnitude around 5 September, SN 2011fe was visible in small telescopes. As of 30 September the supernova is at +11 apparent magnitude in the early evening sky after sunset above the northwest horizon.